How to leave your job - Honouring God in your resignation 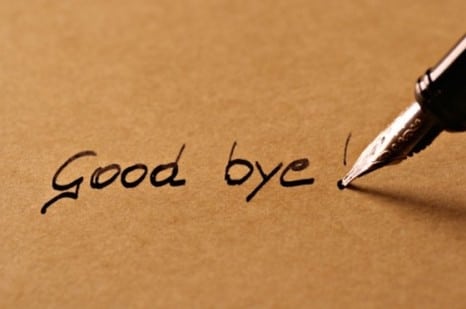 There are good and bad reasons for changing jobs, but the fact is that for many of us it won’t be long before we leave one employer for another. So when the time comes to move on how do we do it well? If Christians are to honour God in all of life, how will that shape the way we leave a workplace? Here are four suggestions…

1. Speak well of your colleagues. If you’re leaving because of unpleasant circumstances there can be a temptation to smear the reputation of those you’ve found it difficult to work with. We might think, “I don’t have to work here for much longer, so I’ll speak more freely about people who I’ve not liked working with”. But God is not honoured in this. God is honoured by our continuing to speak well and respectfully of our employer and colleagues.

2. Work harder than you’ve worked before. There can also be a temptation when leaving a workplace to slacken off in our work. You’ve perhaps seen it with colleagues – as soon as they announce that they are leaving their interest in what they are doing disappears. They become lazy. But what if when you were leaving a job you didn’t slacken off, but in fact worked harder than you ordinarily do? What a witness that would be! To leave well by working harder than you’ve worked before – that honours God.

3. Be thankful. Thankfulness is a hallmark of the Christian life. We are people who are loved deeply by God. We should be known as thankful people. So when we leave a job we should take time to thank our colleagues and our employer. Thank them for their friendship, thank them for the opportunities they’ve given you to develop new skills, thank them for their patience with you when you’ve not known how to do something. Honour God by leaving with thankfulness.

4. Keep in touch and continue to help. Leaving a workplace can sometimes give us an even greater opportunity to show our former colleagues just how much their friendship means to us. If we continue to stay in contact, people will realise that our kindness and concern was not simply motivated by the fact that we worked together, but because the relationship really matters.

In particular, we can demonstrate how genuine our friendship is by offering to help those former colleagues in the short term while they adjust to you no longer being around. As one person said to me, “Two minutes of your time on the phone after you leave may save your colleagues hours of file searching”. Showing that kind of help and love honours God and commends Him to your colleagues long after you’ve left.

You might have noticed it has been a little quiet around here lately. That's because we've moved! Find out all the details in this post.